Post-industrial civilization of Intermarium, USA and Free Ukrainian State: welcome to the start-up

Once USA, Poland and Lithuania support the process of the creative class self-organization and founding a new state in Ukraine they will have a powerful player in the creation of new Europe and their resistance to Eurasian bloc.

A big tree grows from a small seed. The transition to a new civilization starts with an innovative social project. Future of not only Ukraine depends on it.

Post-industrial civilization. What is it?

Here are the main features of post-industrial civilization

Birth of a butterfly

You can imagine the process of the birth of a new civilization as a natural process of the transformation of a caterpillar into a butterfly. A caterpillar hatches from an egg, eats leaves, takes weight and becomes big and fat. Then it can’t move, stiffens and becomes a chrysalis. This phenomenon resembles the industrial civilization which stiffened and makes huge efforts to sustain social and economic development.

The post-industrial civilization is a butterfly. It breaks the stiffened surface for its birth, removes the old stuff, opens out bright wings and flies into the sky. It is light and beautiful.

Where will the new transition start?

There are beginnings of a new formation in different points of our planet, however the Great Transition can happen in a place with the most acute contradictions. The biggest “difference of potentials” is formed in Ukraine. On the one hand Ukraine has the biggest concentration of natural resources and human talents, on the other hand there is the highest level of corruption and the lowest level of life in Europe.

Ukraine is objectively the weakest link of the current industrial civilization. Where is thin there will be broken. Therefore, the starting territory of global transformation will be the space around Ukraine.

On the other hand the place and time of the Great Transition is determined by geopolitical stimuli and global threats that make the principal players act vigorously and purposefully.

Moscow didn’t accept the disintegration of the USSR and makes a return match in a shape of EuroAsian bloc of EU-RF-China which intends to unite European technologies, Russian resources and Chinese production into a holistic complex. Real steps for the formation of this complex are made by broadening Russian-European cooperation and access to Russian resources for China.

The formation of such bloc means the creation of a power much stronger than USA. 20 years ago Zbigniew Brzezinski wrote: “Also quite remote, but not to be entirely excluded, is the possibility of a grand European realignment, involving either a GermanRussian collusion or a Franco-Russian entente. ... Cumulatively, Eurasia's power vastly overshadows America's”  (“THE GRAND CHESSBOARD”, 1997).

This possibility is being realized in the worst for USA variant – creating Paris – Berlin –Moscow – Beijing axis. If it finally creates that will be the end for USA as the world leader and might have been even the end of a single state soon.

For Ukraine, Poland, Lithuania and Belarus the formation of EuroAsian bloc means an inevitable loss of sovereignty and actual dismemberment between EU and Russian Federation. That is why the Eastern European countries and USA are the geopolitical allies.

The real opposition to the bloc of EU – RF – China is the formation of another bloc – the Baltic-Black sea union or Intermarium commonwealth. The new geopolitical formation will cut down EU from RF making impossible the formation of EuroRussian bloc.

The former Union of Intermarium (Rzeczpospolita) was made by peoples of Ukraine, Belarus, Poland and Lithuania. At present USA is unexpectedly involved into this family of Slavic peoples. Its appearance is especially important because it has the most powerful innovative potential in the world.

Intermarium is being formed as the post-industrial civilization, so it is interested in taking everything advanced and progressive that USA has. This is the obligatory condition of the project’s success.

USA it is interested in creating a capable union, so providing Intermarium with help is the condition of USA surviving.

Thus the common efforts of Eastern European countries and USA are needed for creating the new Intermarium. It is obvious that Ukraine plays the key role because of its central position, its scientific, technical and economic potential, because of its historical traditions and passionate people. But under the present political system Ukraine is absolutely unable to make the post-industrial civilization of Intermarium.

If Ukraine has conscious power USA will give the large-scale assistance to Ukraine and the whole project of Intermarium demanding the only thing – to defend its independence and create Intermarium cutting down EU from RF. USA can give a new “lendlease” to Ukraine as it was during World War II because the vital interests of USA are again in the focus.

However it is senseless to discuss this project with the ruling class of Ukraine because it is also robbing Ukraine together with EU and RF. That is why Ukraine has not been given yet a status of Major non-NATO ally by USA. It is very difficult to help Ukraine in its present state because the major part of external assistance is stolen and the intelligence information for Ukraine is sent to Moscow.

That is why USA has to fight against corruption in Ukraine instead of supporting the creation of Intermarium.

Power is made either from the bottom or from the top. There is no third option. So a shape of state management is determined by those who make leading bodies of power. In a dictatorship model it is done by the ruling class that forms state bodies of power from the top whatever it likes. For preserving its dominance the ruling class manipulates public opinion, performs elections which are the imitation of elections in fact. It also resists the process of society structuring, makes discord and discontent among people, prohibits civil weapon for population.

In a republic organized citizens are bearers of sovereignty and a source of power. They agree their actions and form state bodies of power of different levels by means of elections from the bottom to the top. Free press, transparent power and its accountability to voters are characteristics of a republic.

Oligarchy dictatorship is a form of state power in Ukraine. It is based on the post-Soviet bureaucracy and supported by social dependent layers of population who are paid from the state budget.

Middle class is against the oligarchy dictatorship. To be precise it is better to say about creative class instead. The representatives of the creative class live by their own mind and means, they are self-sufficient and try to be free in their self-fulfillment. They will never obey the oligarchy dictatorship, so the ruling class is waging war against them.

Oligarchy system is not interested in any reforms, thus performing their imitation or even the open sabotage, doing small concessions under the USA pressure. The creative class is interested in the deep reforms but has no political representatives.

There is a strong opinion that the existing parasite system is not able to be reformed. That is why instead of ineffectual fight against corruption we need a full “reload of power” and the foundation of a new state. It must be a republic and the creative class will play a leading role there.

As soon as allies support the process of the Ukrainian creative class self-organization and the foundation of a new state by it they will have a powerful player in creating new Europe in their resistance to Eurasian bloc.

There is still no сonsensus as for the concept and technology how to reload a state in Ukraine. But there are certain groups deliberating over this idea. Therefore, it is reasonable to support those who are seeking decisions and making solutions for accelerating the formation “a nutrient broth” which can give the birth to a new state power.

Internet-site People’s Observer AR25.ORG offers its own way of “state reload”. The idea is to make a specialized social network that can lead to the Сonstituent Assembly. It is in fact will be a prototype of the Ukrainian post-industrial state.

The creation of a mass party of the creative class and its victory in elections to Verkhovna Rada can add legal basis for the Assembly.

The presentation of this project was made in the article “Friends, let’s create in Ukraine a state we like!” Some aspects of the project were highlightened in the articles for Gazeta.ua, on TV-7 by making video-product and distributing it in social networks.

The preparation for developing the specialized social network is taking place now. Brief technical assignment is ready. The next step is hiring a group of developers and searching funds for it.

The project will be done under any circumstances. The matter is how fast it can be. With the help of Ukrainian allies it can be done for a year. 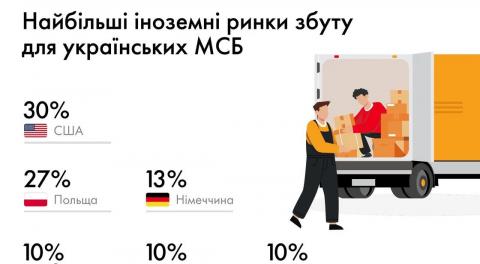 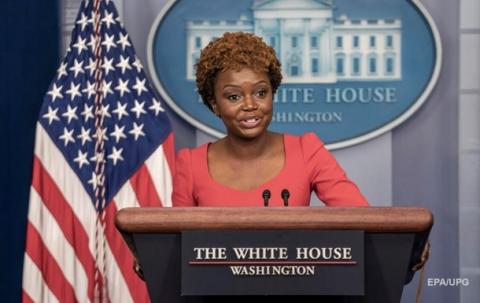 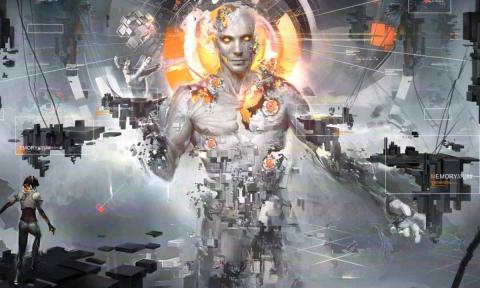 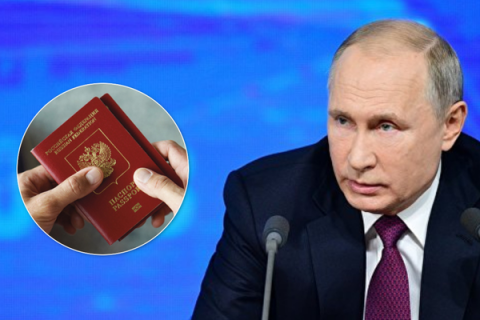 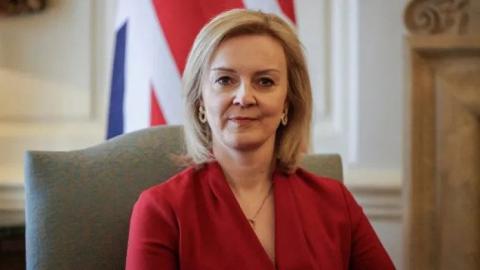 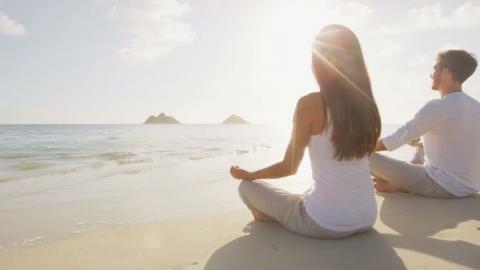 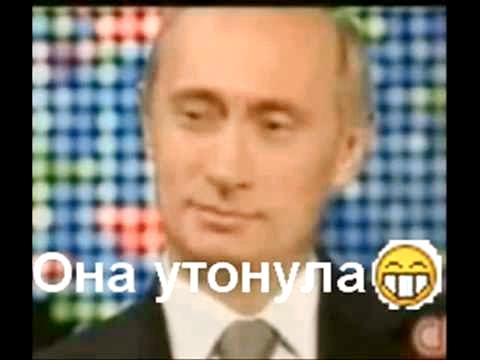 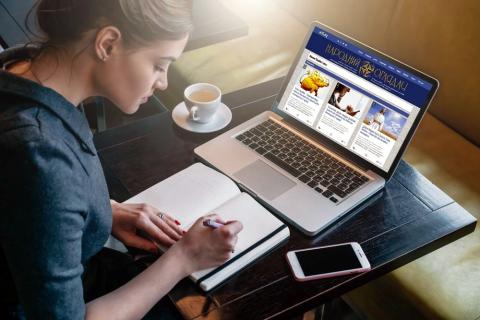