In our public spheres, political correctness, polarisation and cancel culture have taken the place of conversation, engagement and argument

British historian Niall Ferguson has diagnosed today’s paradox by identifying the rise of the “emocracy” – a culture where “feelings matter more than reason”. Ostensibly democratic, but lacking purposeful dialogue, discourse, and debate, the modern public sphere has come to be shaped by three phenomena that are fast eroding the bases of civil conversations, mass engagement, and the intellectual playground of ideas.

The first of these phenomena is the rapid intrusion of political correctness into the main forums of discussion, chiefly the portals of social media. Originally meant to increase sensitivity and create awareness about unconscious bias, political correctness has now devolved into a toxic brand of ideological convenience where offence and outrage reign supreme. Take for example, the case of J K Rowling, who was recently ripped to shreds by the guardians of online morality for voicing controversial statements about sexual identity and menstruation. There is little doubt that Rowling’s observations were ignorant and insensitive, but instead of catalysing a broader conversation around biological sex – is it a binary or a continuum? – the residents of the ‘emocracy’ went all guns blazing in shaming Rowling publicly, and, of course, promising to dissociate from their previously unbridled Harry Potter fandom.

The biggest problem with political correctness and its concomitant brand of moral policing is that it engenders an attitude where individuals start taking offence on behalf of groups. Not only does this practice go against the basic notions of classical liberalism – where personal identity trumps groupthink – it also encourages a deeply patronising behaviour that is rooted in the misconception that those who choose to be offended have attained a normative zenith from where they can be appropriate adjudicators of what constitutes right and wrong, what can be excused as clumsy and what must be expunged as atrocious.

The second ingredient of the ‘emocracy’ is the polarisation of society into distinct silos and compartments. In the Indian context, this would mean being branded as either a “sickular” or a “bhakt”, something that manifests itself in its crudest version on the comments section of virtual platforms like Facebook and Twitter. In the “real world”, if you happen to be a distinguished political spokesman like Sanjay Jha, you get removed from the Indian National Congress simply for suggesting a framework to revitalise the party, for any form of dissent is out of bounds.

The underpinning of polarisation revolves around the false choice of ‘us versus them’ – the misplaced view that people can be categorised into “good” and “bad” and that there is no need to actively invite opinions from the other side. This paves the way for social interactions in which confirmation bias dictates what is said or not said, as the insistence on stamping out diametrically opposite views leads to the silent murder of the freedom of speech.

Today’s polarised polity has forgotten that the freedom to speak is a freedom we uphold not only when we hear echoes of our own stances, but also (more importantly) when we listen to that which we find unacceptable, repellant, or both.

Clamping down on “inappropriate” content – be it in the realm of politics, arts, or other forms of civic participation – ensures a double violation, as enunciated in John Stuart Mill’s iconic essay, On Liberty. Not only do we trample upon the hard-earned right of the speaker to say what they want, but we also deprive a potential audience from being exposed to the concerned content.

Such exposure is crucial to provoke us into asking why we know what we know. But in an ‘emocracy’, any challenge to our calibrated knowledge is received with indignation and seen as a licence to unleash ad hominem insults that appeal solely to emotions instead of furthering the intellect.

The third, and perhaps most pernicious, constituent of the ‘emocracy’ is the inexorable trend of cancel culture, wherein individuals and institutions are removed and isolated from civil society because they have been pronounced as inexcusable transgressors of the contemporary zeitgeist. Evident in the “statue activism” across the world to the resignation of company chiefs on account of “misguided” opinions shared decades ago to the call for modern thinkers (like Steven Pinker) and renowned philosophers (like Alexis de Tocqueville) to be airbrushed from the annals of intellectual activity, cancel culture is everywhere.

But even as we proceed to cancel people by precluding any reasonable appreciation of complexity, subtlety, and historicity, we fail to ask the most pertinent question: What happens to those that get cancelled?

In the case of historical figures like Winston Churchill or George Washington, their ambivalent legacies are reduced to monolithic impressions that see them either as unparalleled patriots (for those blindly supporting them) or glorified racists (for the cancel brigade), without arriving at the middle ground of a comprehensive analysis. In the case of individuals living amidst us, cancelling them merely amplifies their position as outliers, exacerbating self-loathing (among the disgruntled), apathetic indifference (among the defiant) and the impossibility of rehabilitation (among those who breed genuinely dangerous ideas, such as the denial of the holocaust or homosexuality).

By cancelling others for things they had done years, decades, and sometimes centuries ago, an ‘emocracy’ retroactively imposes moral standards that have themselves evolved across time. Such an imposition pays no heed to context, argumentation, or the possibility of alteration.

The slippery slope of cancel culture means that once we set off on it, there is potentially no stopping.

Should we also proceed to cancel Immanuel Kant because he may have disparagingly used the n-word in his polemics? Should we also cancel Mahatma Gandhi because some of his utterances display racial insensitivity, in the early part of his South Africa stint?

Since the overwhelming assumption is that everyone is accountable for everything at everytime, should we, eventually, cancel each other because all of us have, at some time or another, said or done something problematic?

It is undeniable that there are people who deserve to be called out for misusing their privilege or position, but where is the threshold that separates sloppiness from malice and ignorance from evil? Where is the nuance that locates the intricate axis of the moral spectrum instead of falling prey to a sanctimonious, know-it-all reductionism?

Transforming or reversing one’s ideas, beliefs, and opinions across time does not make one a hypocrite, it simply makes one human.

That is precisely the message that some of the world’s leading intellectuals – including Noam Chomsky, Salman Rushdie, and Margaret Atwood – sought to impart in an open letter published in Harper’s Magazine on July 7, which denounced a “vogue for public shaming and ostracism” and the stifling of debate on the basis of a “blinding moral certainty”.

Feelings and emotions, as vital as they are to our identities, cannot be the be all and end all of the public sphere.

Priyam Marik is a freelance journalist writing on politics, culture, and sport. He is also a published poet who can be found sampling new cuisines, debating and cheering for FC Barcelona when he's not writing). Author of the poetical book «Scintillae».

"Emocracy" threats modern Western civilization, which is built on the competition of opinions, on the ability to listen to different parties, on the  searching of unifying ideas etc. 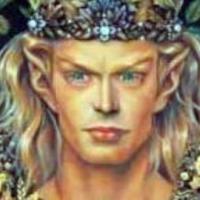 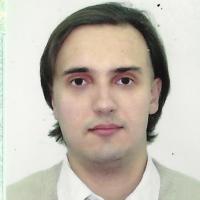