There wasn’t a single major Western politician who warned the world of a frightening, Chinese-dominated future — one in which the West turned into China rather than China into the West. The single figure who finally issued such a warning - brash Donald Trump.

A fan wears a LeBron James jersey with an NBA logo covered by a Chinese flag sticker during a game at the Mercedes-Benz Arena in Shanghai, China, October 10, 2019. Photo: Xihao Jiang/Reuters

A little over 40 years ago, Chinese Communist strongman and reformer Deng Xiaoping began 15 years of sweeping economic reforms. They were designed to end the disastrous, even murderous planned economy of Mao Zedong, who died in 1976.

The results of Deng’s revolution astonished the world. In four decades, China went from a backward basket case to the second-largest economy on the planet. It lifted hundreds of millions of Chinese into the global middle class.

Abroad, China systematically violated every tenet of international trade and commerce. It stole copyrights and patents. It ran up huge trade surpluses. It dumped products at below the cost of production to hook international customers. It threatened critics with boycotts, divestments, and expulsions. It manipulated its currency. It demanded technology transfers from companies doing business in China. It created a vast espionage network in Western countries to steal technology. And it increasingly bullied and threatened its Asian neighbors.

Such criminality abroad and such repression at home was contextualized and mostly excused by Western nations.

U.S. foreign policy toward China seemed to be based on the belief that the more China modernized and the more affluent its citizens became, the more inevitable Chinese political freedom would be.

Supposedly a free-market China would drop its Communist past to become a Westernized democracy such as Japan, South Korea, or Taiwan. Once China fully joined the family of successful, law-abiding nations, it would empower Western freedoms and help create a stable international order.

None of that came close to happening.

There was never evidence that China wished to end Communism — other than to allow some market reforms designed to strengthen its dictatorial rule and its influence overseas.

If in the past Chinese Communism impoverished its own citizens but left the world mostly alone, now it has enriched more than a billion people at home and terrified six billion abroad.

Far from a newly rich China becoming Westernized politically, the West and the rest of the world are more likely to become politically repressive like China.

Westerners, who apologize when Islamists kill cartoonists and journalists for supposedly insulting Islam, do not say a word when China puts a million Muslims into re-education camps, bulldozes Islamic cemeteries, and shuts down mosques.

Loud human-rights lions in Europe turn into kittens when it is a question of Chinese organ-harvesting, forced abortions and sterilizations, and the jailing and execution of dissidents.

American environmentalists demand a radical shutdown of the current fossil-fuel-based U.S. economy. They say little about greenhouse-gas emissions from China, the biggest polluter in the world by far.

Outspoken NBA athletes and hip Hollywood celebrities damn the Second Amendment, curse their president, and boycott states they find politically incorrect. But they become abject cowards when it comes to China.

College deans who weigh in on global morality say nothing about Chinese gulags or crackdowns against Hong Kong.

China has the world’s largest consumer market. Corporations get rich outsourcing their factories to take advantage of its cheap labor. They all compete for lucrative markets of television viewers, tech consumers, and students.

Western intellectuals always romanticize lethal Communists as misguided idealists rather than stone-cold authoritarians. Mao is still a hero to many in the West despite his liquidation of some 50 million people over his violent career.

China does not fool around. Beijing does not just threaten neutrals, rivals, and enemies but uses it economic clout — and no doubt soon its growing military power — to force acquiescence. An appeasing world is terrified about what a huge military and economic colossus of 1.4 billion people will soon be able to do to its critics.

A non-diverse and abjectly racist China plays the victim card brilliantly. It often claims that as an Asian nation it suffers racial bias from the Western white establishment. China always channels the victimization myth that supposedly oppressed nonwhite peoples cannot themselves be oppressors.

All these reasons and more explain why there wasn’t a single major Western politician who warned the world of a frightening, Chinese-dominated future — one in which the West turned into China rather than China into the West.

The single figure who finally issued such a warning, brash Donald Trump — without prior military or political experience — was as loudly and publicly damned as he was privately and quietly admired for doing so.

"National Observer" 's comment
While the development of technology and the growth of prosperity in Western countries are leading to more and more human liberation, China, with its centuries-old totalitarian experience, uses modern technology and economic advances to build and improve the «digital slavery» system within the country and wishes to spread it throughout the world. The "freedom/slavery" contradistinction is the essence of the civilizational conflict between the postindustrial world (leader - USA) and the ultraindustrial one (leader - China).

We need to understand the real civilisational threat of China. 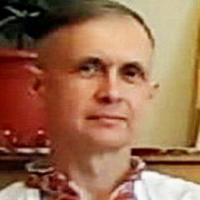 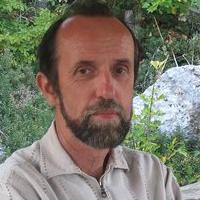