Monkey Meat and the Ebola Outbreak in Liberia West Africa is being plagued by a new outbreak of Ebola — a terrifying disease that causes its victims to bleed to death from the inside out. Ebola has no cure, and the latest epidemic is spreading fast.

VICE News visited Liberia, where many feel the new outbreak began, borne from the bushmeat markets of Lofa. Western scientists feel that the consumption and preparation of meat from monkeys, fruit bats, and other forest animals is behind the transmission of Ebola, and possibly a new supervirus, which if left uncontrolled could kill a third of the world's population. 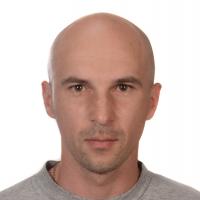