Technology is changing one of the most fundamental mediums that touch every person on the planet: money. Bitcoin’s rise showed us how much demand there is for a globally accepted digital currency.

However, all the things holding bitcoin back  —  merchant acceptance, instant transactions (bitcoin takes about an hour), and security  — are actively being created by the world’s social network. This past March, Facebook rolled out free peer-to-peer payments and set the company down a path to becoming one of the world’s most powerful financial institutions. 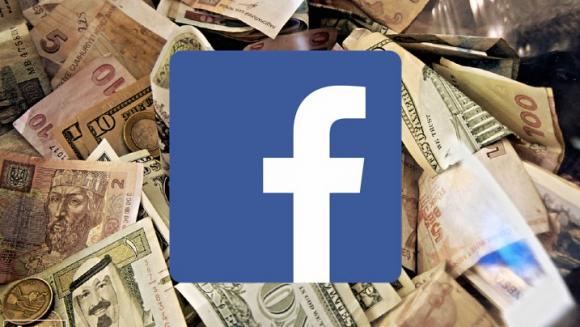 Why It Makes Cents

However, sending money is expensive. The market is controlled by two companies  —  Western Union and MoneyGram  — which hold a duopoly over the global industry. The average transfer fee is more than 8 percent, but fees of up to 29 percent are still being charged on money transfers between some countries. In a recent report, The World Bank concluded: “Forcing migrant workers to pay as much as $50 to send $200 is wrong, especially when they are sending salaries they have earned in the hope of supporting their families back home.”

For its part, Facebook isn’t charging fees on transfers. While the company does incur charges from banks on the back end, Facebook says it will not pass these on to the consumer.

At the moment Facebook transfers are limited to users within the United States, but sources inside the company have confirmed it will expand beyond U.S. borders in the near future. It remains to be seen if Facebook will charge users a nominal fee on cross-border transfers and currency conversions, but it will likely be next to nothing. According to Steve Davis, product manager at Facebook: “We’re not trying to make a profit out of payments.”

Facebook is already well on its way to becoming a global financial institution. Last summer, Financial Times discovered that Facebook is close to receiving approval from the Central Bank of Ireland to become an electronic money institution throughout Europe. This would allow users the ability to store money with the social network, transfer money to others, or buy items online.

Long term, Facebook payments has the power to completely destroy Western Union and Money Gram (good riddance) and massively benefit millions of people in the developing world with billions of dollars more freely flowing into those countries. Facebook is in a position to control the lion’s share of remittances sent globally by offering below market-rate transfers and the best experience on mobile. It couldn’t come at a better time for the social network, which desperately needs the rest of the world to sign up in order to grow.

The last couple of years have been especially rough for Facebook with North America and European markets reaching saturation. There is no better way for Facebook to add new users in the developing world than by becoming the de facto app for how they receive their income from abroad.

While remittances open the door for growth, that possibility pales in comparison to the larger opportunity for Facebook — offering a way for people who don’t use banks now to do e-commerce. According to McKinsey, there are 2.5 billion people globally who do not use formal banks or finance institutions. Their economies are almost entirely cash-based and suffer from the chicken-and-egg problem: Since no one is willing to convert cash into digital form, there is no incentive for merchants to accept electronic payments. With nothing to sustain a system of electronic money, the cycle continues.

But, the world is changing. In the next five years, nearly every person on the planet will have access to the Internet. By 2019, Ericsson predicts there will be 5.9 billion smartphone users worldwide. When every family on the planet has access to a smartphone with fast Internet, the paradigm changes. The idea that we still need physical banks, plastic cards, and paper money fades away. It’s already starting to occur. Over the Chinese New Year holiday in February, WeChat users sent over 1 billion “red envelopes” filled with e-money to other users.

It’s easy to imagine a world where workers in developing countries are paid through Facebook via peer-to-peer payments, store their money on Facebook, purchase local goods through transfers, and have the ability to pay for items using Facebook. The effect that Facebook could have on the world as an electronic financial institution is nothing short of profound.

So why would Facebook facilitate millions of transfers and online purchases for next to nothing? For one, it puts them closer to attaining the holy grail of data  — how users spend their money. Let’s not forget that at the end of the day Facebook is most definitely an ad network at its core.

Just because a user “likes” a brand, doesn’t mean he or she is a customer. For example, how many of Lamborghini’s 11 million Facebook fans could actually afford that car? While Facebook could make an educated guess, it can’t answer that question with certainty.

However, in a world where Facebook could combine financial transactions and social graphs, advertisers would be given near-perfect information on their audience. No other ad network in the world would be able to match Facebook’s targeting capabilities  — purchase behavior, income, savings, etc.

Show Me the E-Money

Despite the doomsayers, the world’s future has never looked so bright. We’re currently undergoing a period of massive socioeconomic growth. In 2009 there were 1.9 billion people in the middle class and over the next 15 years that number will rise to 4.9 billion people.

As billions of people rise up out of poverty to become consumers, the question presents itself  —  how will the new economies of the future operate? Will they still cling to the coins and paper that society has used for the last 3,500 years? Or can mobile and the Internet change all that?

I’d like to believe the latter. While many of these ideas will take decades to come to fruition, I believe we’ll see many occur in my lifetime. Facebook has an incredible opportunity in front of itself  —  to use technology to change the way the world thinks about money. I quit using Facebook years ago but maybe, hopefully, Mark Zuckerberg will give me a compelling reason to sign back up.