The rise of paramilitary groups in Central and Eastern Europe

One of the less publicised consequences of the geopolitical turmoil that has come to characterise 2015 has been the surge in popularity of paramilitary units across Central and Eastern Europe (CEE). This phenomenon is particularly observable in countries directly affected or alarmed by the violence which has engulfed Ukraine or the large influx of refugees from conflict areas. 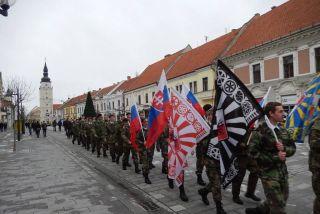 Despite local specificities, these groups operate in parallel to their institutional armed forces and share paramilitary features including military trainings, uniforms, and in some cases access to weapons. However this trend has manifested itself in strikingly different ways across the region, largely depending on the nature of the perceived threat.

In the Baltic states and Poland, this development is mostly the result of renewed fears over Russian expansionism. Harbouring large Russian minorities (in the case of Estonia and Latvia), unnerved by a military build-up in the neighbouring Russian exclave of Kaliningrad and traditionally wary of their powerful eastern neighbour, these states view “Russia’s propaganda” with unease and are concerned about a “potential repetition of the Donbas scenario” says Ilvija Bruge, a researcher at the Latvian Institute of International Affairs.

As a result of this volatile security environment, the enthusiasm for voluntary defence organisations has been welcomed by respective governments as a “valuable contribution” to national defence according to Martin Hurt, the Deputy Director of the International Centre for Defence and Security in Tallinn.

Lithuania’s Lietuvos Šaulių Sąjunga (Lithuanian Riflemen’s Union) now has around 8,000 members up from 6,000 two years ago, while Ilvija Bruge confirms that Latvia’s Zemessardze(Latvian National Guard) has also seen its popularity increase. In Estonia, the Kaitseliit (EDL, Estonian Defence League) has seen its ranks swell by roughly 10 per cent to its current 15,577 members, dwarfing the Estonian military which stands at 6000 personnel in peacetime. Poland too has seen recruits flock to join these volunteer units, with an estimated 10,000 people enrolled.

Unsurprisingly the recurrent yet unofficial theme in the war games conducted by these reservist forces has been Russian intervention, in one form or another. As numerous interviews in the Wall Street Journal, the Independent or Reuters have highlighted, different simulations have focused on tackling a variety of scenarios, from Russian-instigated separatism to neutralising soldiers in unmarked uniforms - "little green men" - sent over the border (for instance during Operation Wenden in 2015 jointly conducted by Estonia and Latvia).

Often trained by active military personnel and falling under the responsibility of the defence ministry, the units in the Baltics serve the clear purpose of shoring up the regular army’s capabilities and act as an additional deterrent against external aggression. All share a commitment to constitutional order, preserving national independence and observe “the codes of conduct of the Defence Forces” (EDL) in order to “assist and support military operations” (Latvian National Guard).

Even in Poland, where such volunteer organisations are not as institutionalised, former defence minister Tomasz Siemoniak and then National Security Bureau Chairman, Stanisław Koziej, attended a gathering of paramilitary groups in Warsaw where they publicly acknowledged the value of these units. Siemoniak subsequently encouraged his compatriots to pursue military training and the Polish military has since “reached out to the estimated 120 paramilitary groups who conduct their own drills in a bid to harmonize them with army exercises”.

Subject to security clearances and vetting processes, incorporated into the official structures of professional defence forces or at the very least acting to support their governments, these groups have been harnessed by local authorities to ensure they remain well within the scope of national interests and legislation.

This has not been the case everywhere. In countries further south, paramilitary groups are also on the rise albeit with very different motives and very different results. The Ukrainian conflict and, more importantly, the growing number of refugees using the Western Balkan migration route and transiting through Central Europe has seen membership in paramilitary units spike.

These organisations are called the Slovenskí Branci (Slovak Recruits) and Vzdor Kysuce (Kysuce Defiance) in Slovakia; the Českoslovenštívojáci v záloz (CVZ, Czechoslovak Reservist Soldiers) in the Czech Republic; the Magyar Nemzeti Arcvonal (Hungarian National Front) and Magyar Önvédelmi Mozgalom (Hungarian Self Defence Movement) in Hungary. And they are a far cry from their Baltic counterparts where patriotic citizens swap their civilian clothes for military fatigues in order to assist the governmental troops’ mission.

In most cases, these units are “composed of far-right elements” and openly advocate “anti-establishment, nationalist” ideas according to a researcher at the Institute of International Relations in Prague. These groups argue that their feeble governments have betrayed national interests by siding with NATO and imperialist forces against Russia, as well as by allowing illegal immigrants into the country - which they view as an Islamic invasion.

Despite being fringe movements, they each boast several thousand members on their various social media platforms and have recently received extensive press coverage, which has inevitably increased their audience and allowed them to tap into widespread feelings of frustration or anxiety. They alternatively deplore that their country has been “unlawfully divided, looted, indebted and its people enslaved” (CVZ), believe that authorities are not doing enough to “protect yourself, your family, loved ones or our homeland” (Slovak Recruits) and brand Western Europe as “morally bankrupt” with a “distorted political apparatus” (Hungarian National Front).

It is hardly surprising, therefore, given their admiration of Putin’s distinct interpretation of democracy, that these groups maintain ties to far-right, nationalist political parties such as the People’s Party-Our Slovakia (L’S-NS). They are also suspected of being funded by foreign actors, notably Kremlin-backed lobbies. This makes them “potential candidates for hostile intelligence services” according to Ludvik Cimburek, advisor to the Czech Chief of the General Staff - something underlined in a comprehensive publication by the Centre for European and North Atlantic Affairs, “Radicals in Uniform”.

A sample of their anti-establishment intentions is readily available on their websites or in public declarations: “the members of Defiance have to be able to substitute work of Police Corps and armed forces, whose reliability is affected by nepotism and corruption, in cases of serious social crisis” reads the Defiance Kysuce homepage. Martin Holkup, a leading figure of the Czechoslovak Reservist Soldiers, also recently announced to the public Czech Television that if the government forces the CVZ members to fight under the NATO banner against other “Slavic nations” then “shooting will first start in the Government Office and parliament”.

And their racist motivations are just as evident. The Hungarian National Front calls for the creation of a “third force” to tackle the “migrant invasion”. Similarly, a recent news segment which aired on Czech national television showed the CVZ simulating the arrest of an illegal immigrant with shouts of “this bastard doesn’t belong here” in the capturing process. The Defiance Kysuce Facebook page, on the other hand, is full of pictures of Adolf Hitler and his books alongside photomontages calling for an end to the Islamisation of Europe.

A glance at their sophisticated social media pages and websites also reveals the kind of equipment they train with. In recently released video footage, Hungarian National Front members are seen in full military gear storming an abandoned factory with what appears to be anti-tank weaponry and stun grenades. As for the CVZ and Slovak Recruits, they are seen manipulating a diverse range of airsoft guns and knives, practicing at shooting ranges or trying on gas masks.

All of this is legal, until the moment some of these members “stop liking the outdoor military training and Facebook chatting, take matters into their own hands and do something falling under the Criminal Code” says Cimburek. Already, some of these groups seem to be flouting the law.

True to their mission of protecting the national community, they have conducted several vigilante-style exercises and controversial boot camps. Last summer saw “field guards” and “village auxiliaries” of the Hungarian Self Defense Movement dressed in combat gear, patrol the village of Asotthalom in Hungary in a bid to catch illegal immigrants and subsequently hand them over to the police. Meanwhile, the Slovak Recruits were busy patrolling around the refugee camp in Gabčíkovo, near Bratislava, and carrying out military drills on school grounds in different parts of Slovakia, teaching young pupils to fire machine guns loaded with blank cartridges.

Operating outside the realm of state-sponsored structures, engaging in dubious and sometimes illegal operations and with documented ties to extremist or foreign parties, these paramilitary groups may present a security threat in the long run. Either as a physical risk owing to their trained militias, through their capacity to stir up ethnic hatred and promote an anti-establishment agenda or through their ties to hostile interest groups, it would be a mistake to ignore these entities.

Experts across the board agree that this issue is sufficiently serious to warrant close governmental scrutiny. A number of comprehensive reports, including “Right-wing extremism in Hungary” by the Budapest Institute for Policy Analysis, warn of this worrying paramilitary tendency in Central European far-right movements and national intelligence agencies, including the Czech BIS, are monitoring their development.

Marian Majer, senior researcher at the Central European Policy Institute (CEPI), indeed believes that without “adequate attention” from the state, these groups pose a “threat for societal order in CEE states”; a sentiment echoed by Iztok Prezelj, senior research fellow at the University of Ljubljana. Miroslav Mareš, a leading scholar on extremism from Masaryk University in Brno (Czech Republic), confirms that such actors have the potential to act as “destabilising forces” in the event of deepening social, political frustrations in the region. 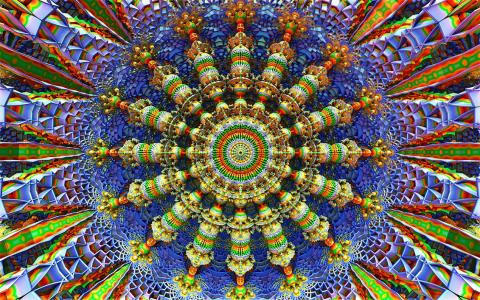 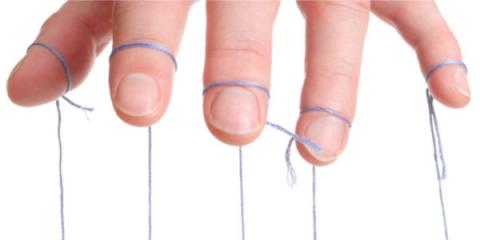 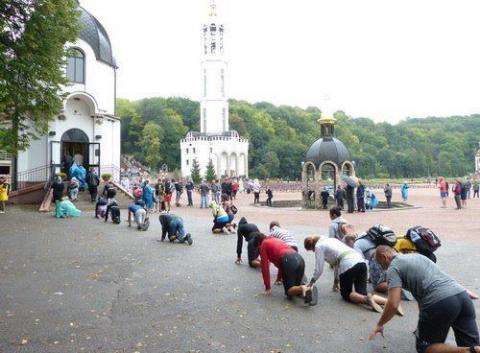 A última chutzpah do rei nu